I used to write a lot on this blog, unfortunately blogs have pretty much gone extinct.

9 years on after my first commercial flight, I still love the job. It is an incredible office, and while a few frustrated people would like you to think it isn't, most of my colleagues love what they do.
The numerous downsides are mostly outside of what happens in the cockpit. Commuting, time away from family, unhealthy lifestyle (while at work), ...

Here are a couple of quotes from Youtuber Casey Neistat:
- There’s two things in life that really define who you are as a person, that really shape who you are as a person: there’s education, and there’s experience. And when it comes to experience, there’s the kind that you pursue, like a trip. And then there’s the kind of experience that just happens to you. And those experiences, they have a huge impact on who you are, and they affect who you are for the rest of your life.
- Give people the benefit of the doubts, assume that they’re being good, assume that they’re being positive, the alternative is to being a negative cynical person
- If you put in the time to work hard at being positive and being optimistic, it’s a much better life, but it does take more work
- Every once in a while, when things get really good, you just stop and look around, and pay really close attention and say : “I’m gonna remember this moment"
- Never look back and wish you had done things differently, look forward and think: “What can I do now, to affect my future?"
Posted by Golfcharlie232 at Sunday, November 24, 2019 No comments:

Live from the Flight Deck (video)

Twelve years ago, I was taking-off on my first solo in a Cessna 150.

Every pilot has a story, mine involves engineering studies, flying gliders, aerobatics, studying abroad, landing on a glacier and a couple of other exciting flying adventures.

After completing my commercial pilot training, I was lucky enough to fly a Kingair 90 for a while.
I towed gliders for a full season in a superb location, the Alps. Soon afterwards, I got hired to fly the Boeing 737. I've now flown to well over 100 destinations, operating flights as short as 11 minutes (after a diversion) or 18 minutes (on a schedule service), and as long as 6h30 between Scandinavia and the Canary Islands.

In the life of an airline pilot, one of the biggest steps is the move to the left seat.
The process to becoming an airline Captain is long and challenging.

It all started a while ago, preparing as much as possible for that big step. It involves a lot of study time: reading manuals, trying to remember every single point of the Ops manual, the FCOM's, the legal aspects, the regulations and limitations. Learning from colleagues, asking them about difficult situations they had to deal with. They all have stories to tell. My last three flights as First Officer were with an ex Canadian bush pilot, a retired KC135 Captain, and an ex Sabena Training Captain.

On the path to moving to the left seat, I was scheduled to fly with training Captains before a formal in-flight assessment and a couple of weeks later, an interview with HR and a senior pilot.
The 'Command Upgrade' course starts off with a week of ground school and a couple of written examinations.

After that, we're locked down in full flight simulators for another week, not only to get used to the left seat but also to cover a wide variety of scenarios, from catastrophic systems failures to more straight-forward operational issues. At the end of the simulator training, you're either recommended for the proficiency checkride or not.

Only then can the line training start. With a scattered schedule, it takes about a month to complete. I flew in the left seat, with senior training Captains acting as 'competent First Officers' in the right seat. Again, we try to cover a lot of scenarios, fly to challenging places around the network. We mostly flew non-precision approaches (NDB, VOR, Rnav and visuals), handflew most departures and arrivals, some of them raw data. The training is practical, the goal is to give you the spare capacity you need while flying in a challenging environment, with little use of the automation.
All the management and decision making aspects are emphasized.
Towards the end of line training, you are or aren't recommended for line check.
The final checkride was not exactly fun, with 45kt gusty winds and a few operational issues. But that firm handshake from my examiner at the end of the day was memorable, "I can now call you Captain".

And 12 years after soloing on the Cessna 150, I once again get that feeling of fulfilment and intense joy. 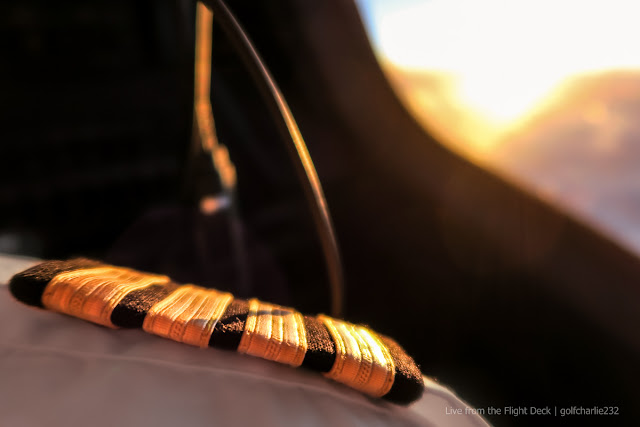 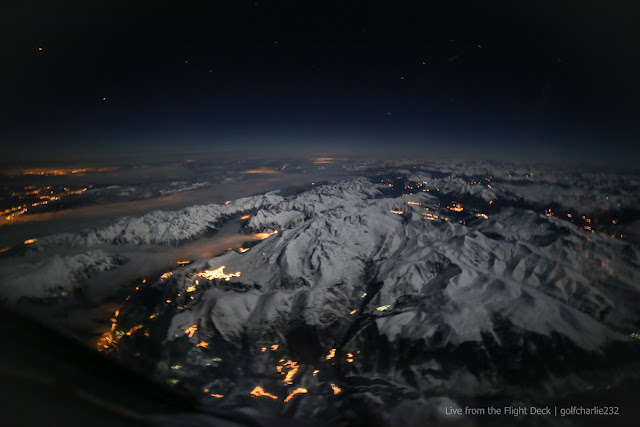 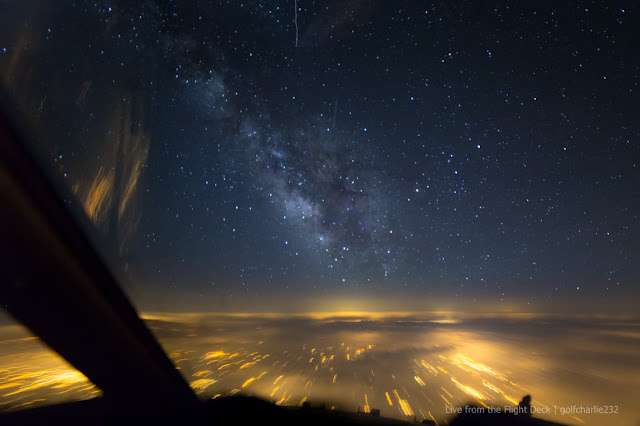 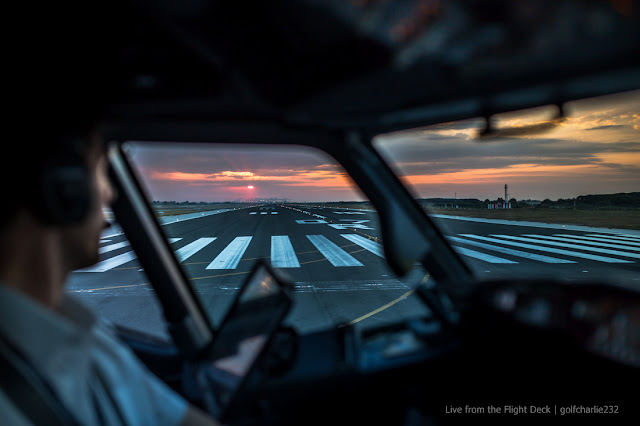 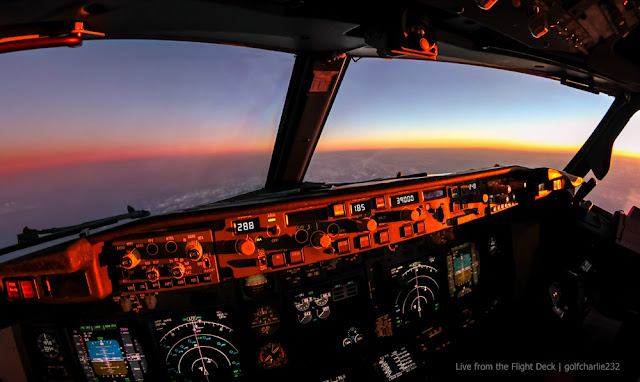 This is why I still fly light airplanes

Colleagues often ask me why I still fly light aircraft while I get to fly the Boeing 737 for a living.
I'm hoping these pictures will answer their question.
My wife and I flew down to the South-West coast of France in a Piper J3 Cub. The side window fully open, wind blowing in our hair, we enjoyed the stunning sunset above "Le Bassin d'Arcachon" in an ultimate sense of freedom.

The Boeing 737 is equally as enjoyable to fly as is the Piper Cub. We see things from the jet that no light aircraft can come close to. The view at FL400 is no less impressive than the view at 500 feet, they're just very different. The one thing that General Aviation has - and commercial flying hasn't - is Freedom 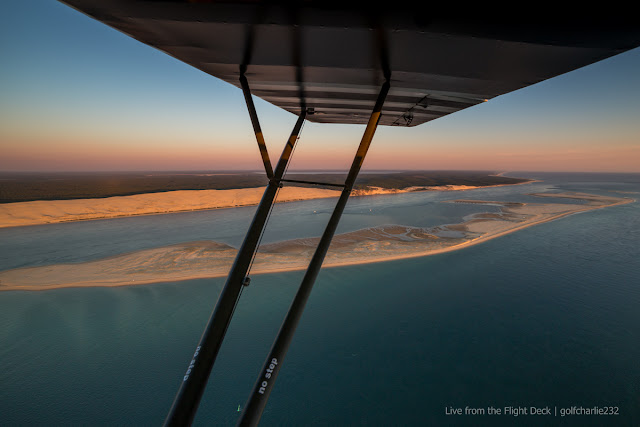 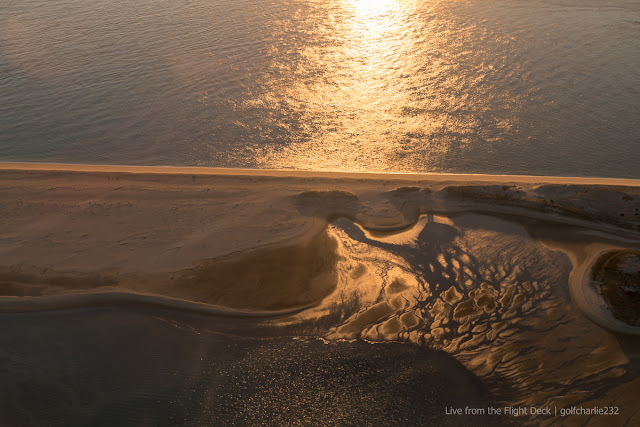 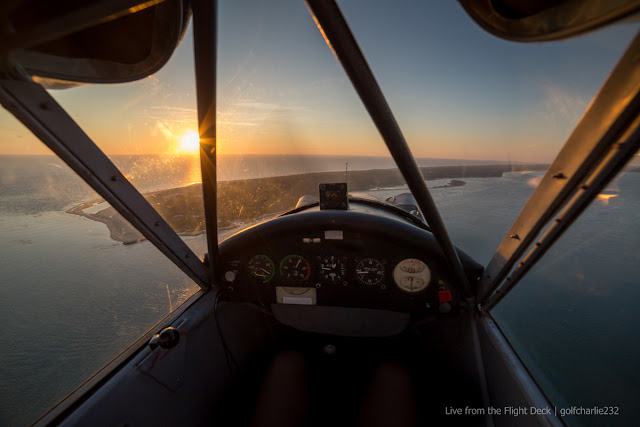 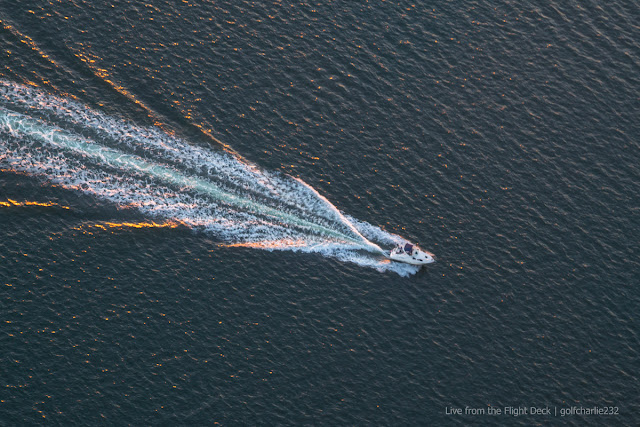 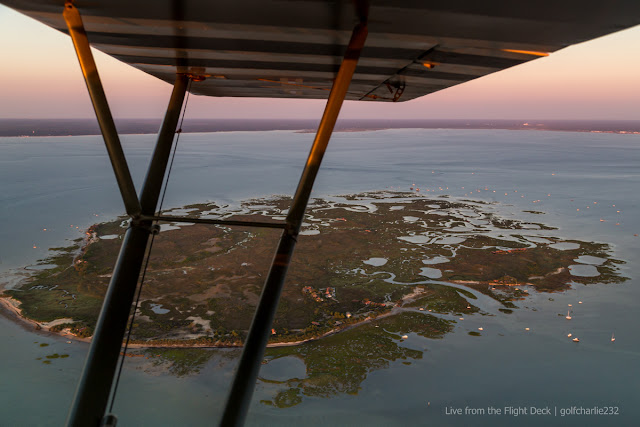 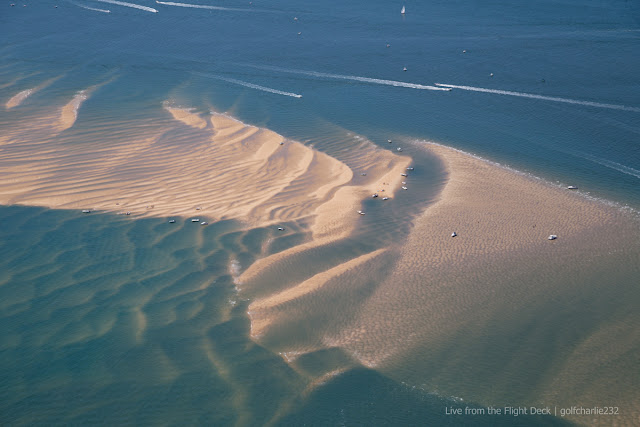 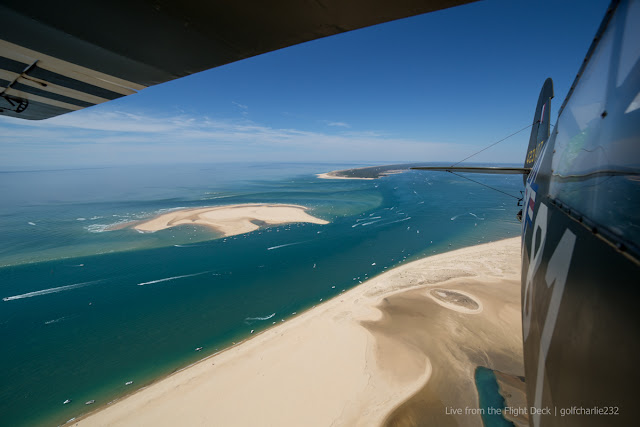 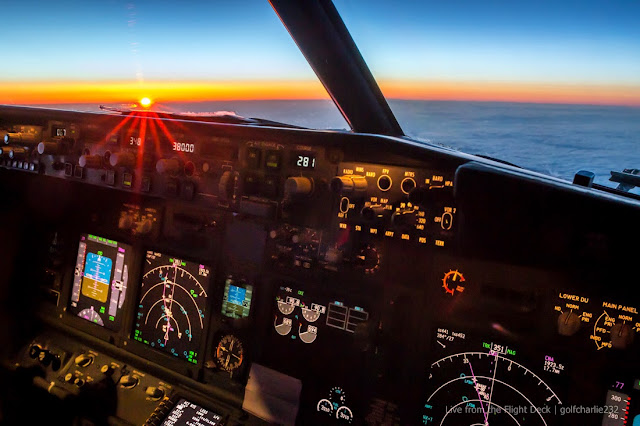 You thought flying a commercial aircraft was the same in FSX and in real life because you have "slots" just like us?

Here's how it works on a CDM (Collaborative Decision Making) airport, that is: most major airports in Europe. This is a very simplified explanation but it's a good example of what we really deal with as airline pilots.

On the ground and once we are ready to pushback and start, there are mainly three "times" that decide what time we can actually get going.

- TOBT = Target Off Blocks Time (tolerance usually +/- 5min), decided by airline operations and filed to ATC, it's a more precise prevision of the OBT given the possible delays.
Maximum difference between EOBT and TOBT = usually 10 minutes. If more, new flight plan required (a new OFP generates a new EOBT).

As it happens on at least a third of the flights (regardless of the airline), if we miss the TSAT, we have to ask for a new TOBT. However if the difference between EOBT and TOBT now exceeds 10 minutes, we also have to ask for a new EOBT (file a new Flight Plan). I know many colleagues are puzzled when required to "ask company for a new EOBT and a new TOBT", the difference between the two isn't all that clear.

For operations to file a new Flight Plan and a TOBT, ATC to receive both and issue us with a new TSAT, the whole process can take up to 20 minutes.

All sorts of issues arise on the ground. A simple passenger request can have big consequences on the tight schedule. Lets say one passenger forgets his/her phone in the terminal and wants to either offload himself (which requires us to have his checked-in bag removed from the hold and it can take a while to find it) or to go back in the terminal him/herself, get his/her phone and come back. Either way, we lose our TSAT. If it's a busy time, we get a slot and that can be some 2 hours behind schedule.
This kinds of issues happen ... a lot.

Hopefully this will convey a more realistic picture of what this job is about. The view is worth it but there's a lot of work to do before you get above the clouds. So, no, it isn't "just like FSX".

FSX is probably way more fun but the view is way better in real life.
Posted by Golfcharlie232 at Monday, May 04, 2015 3 comments: 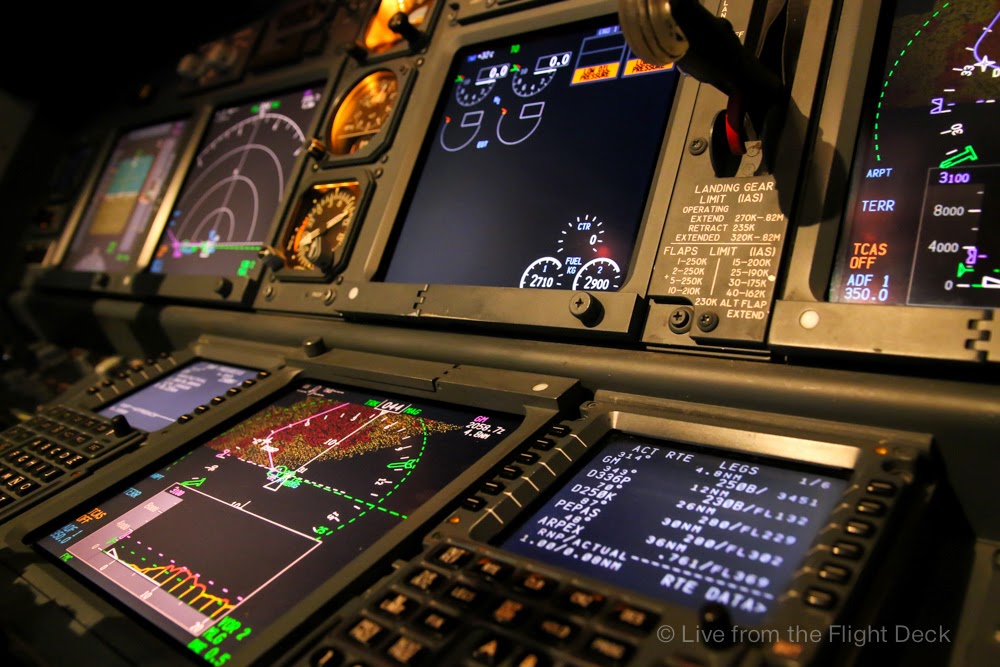 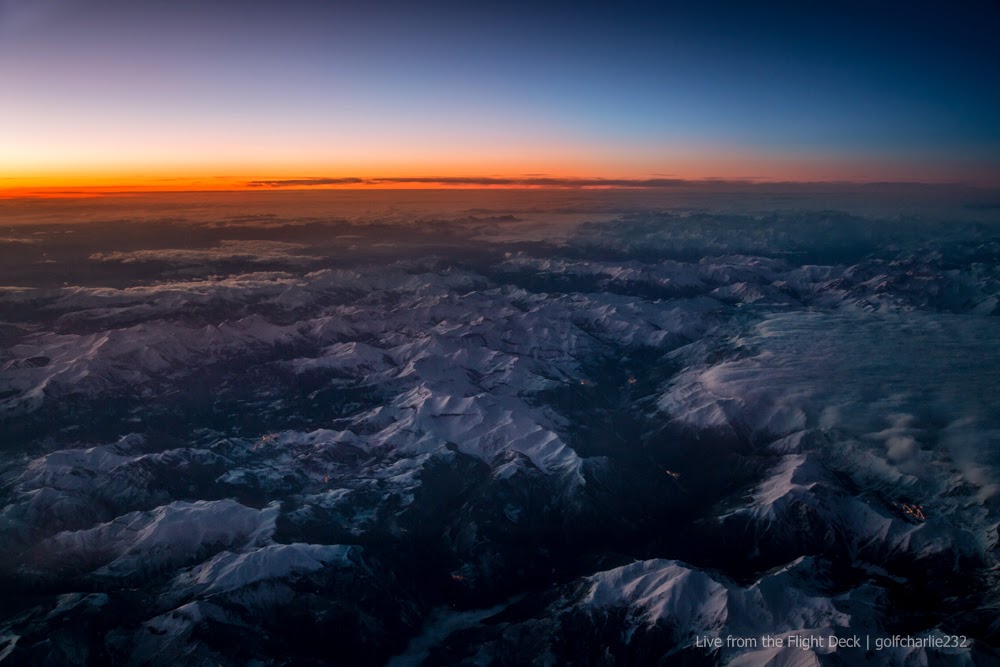 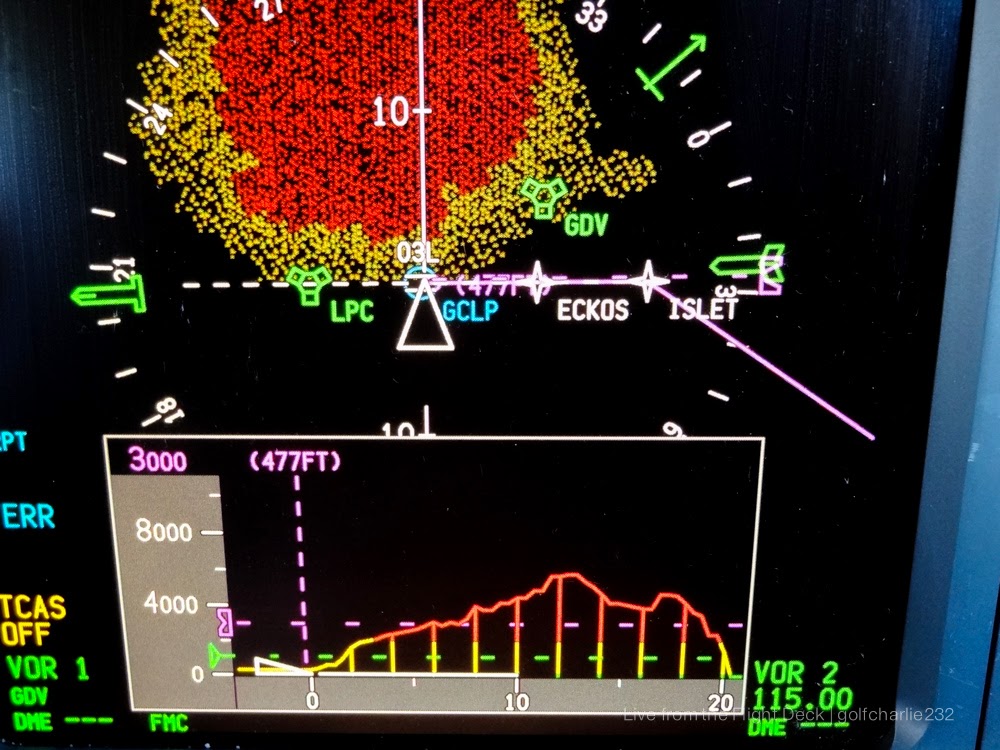 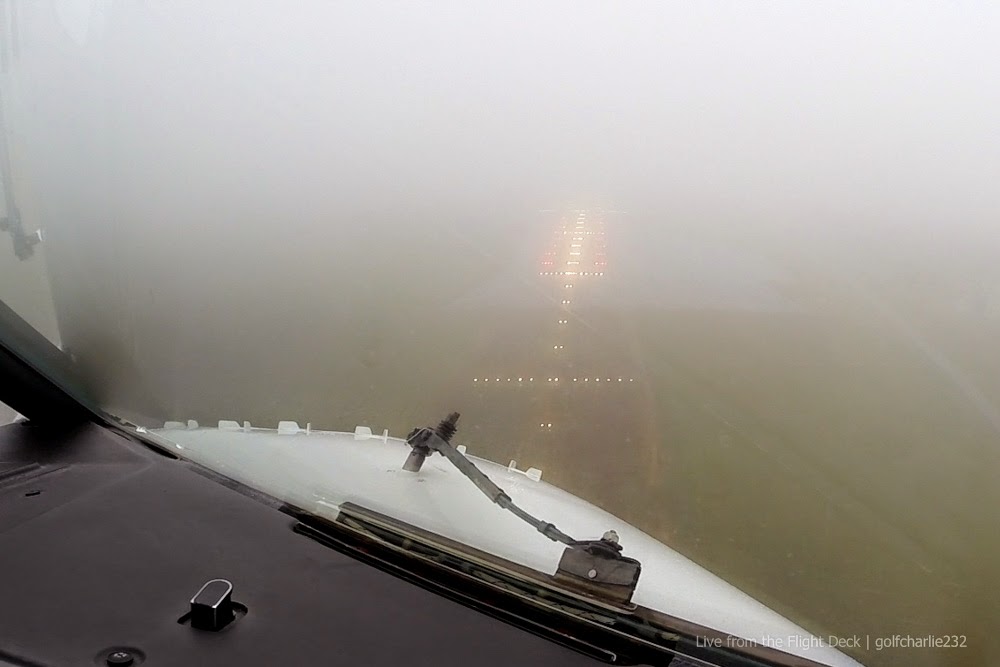 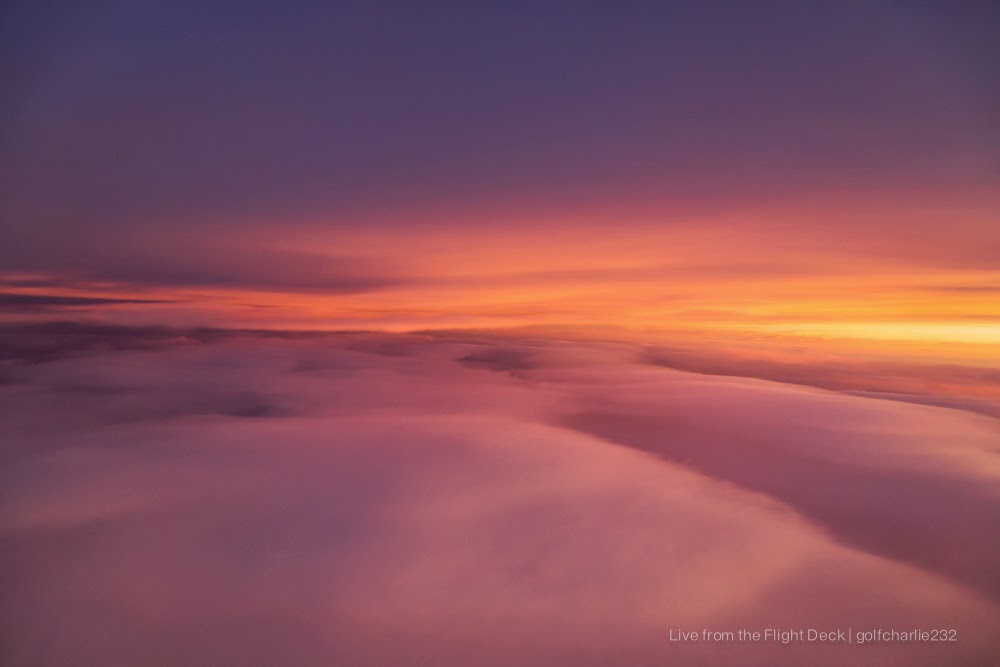 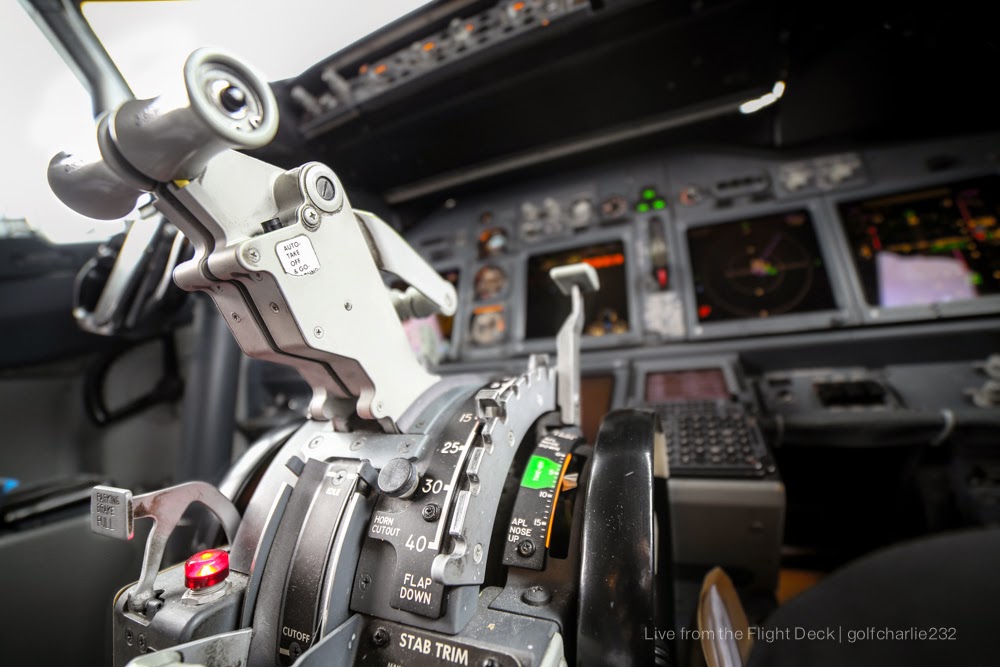 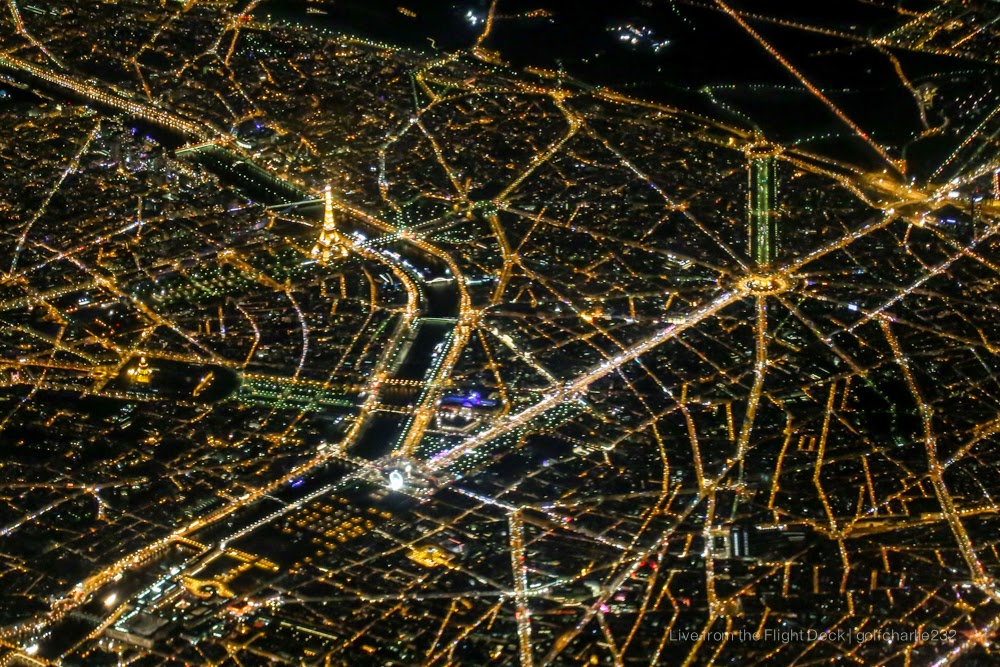 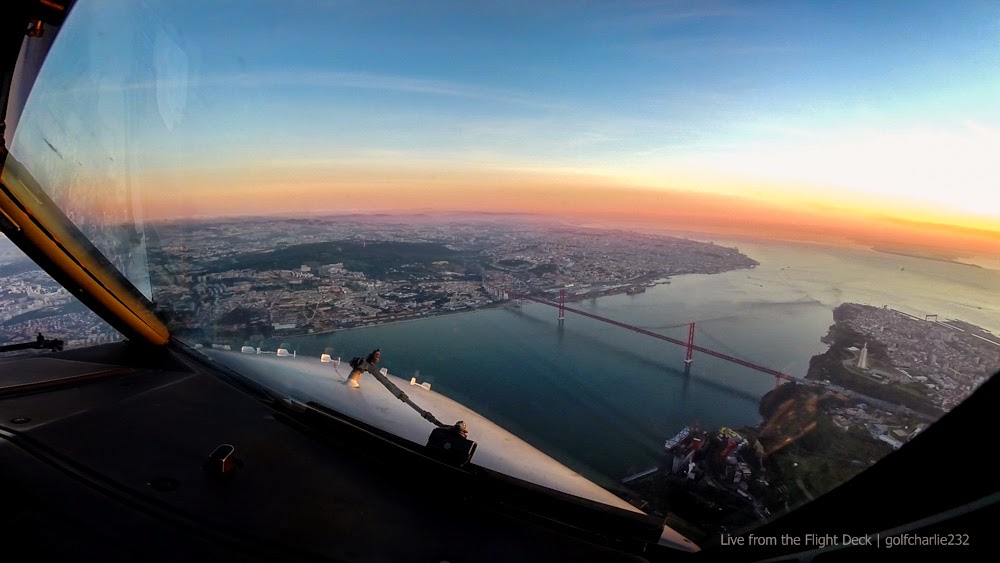 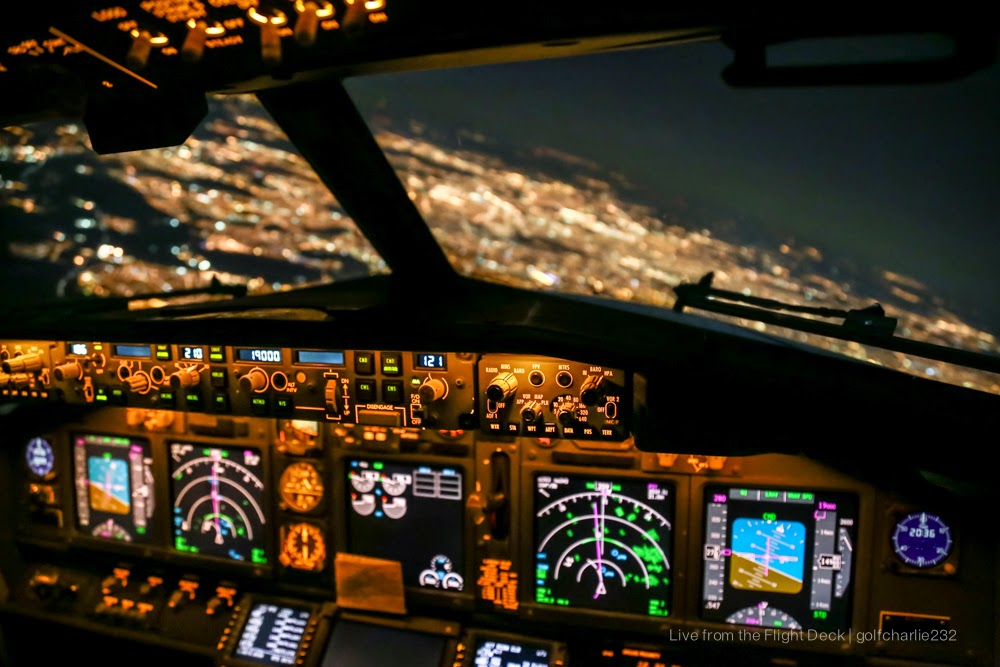 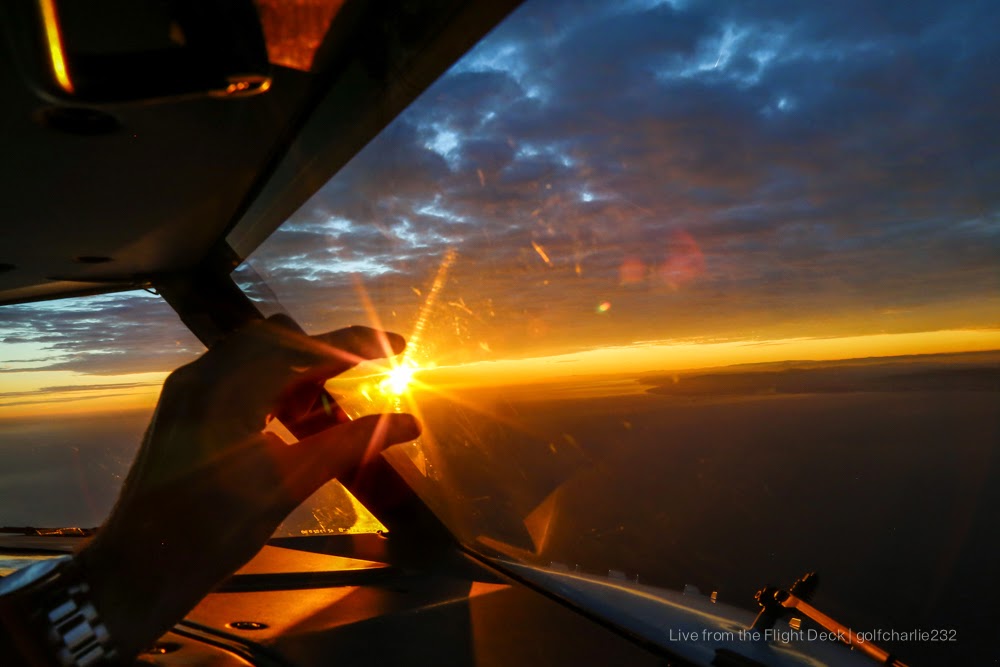 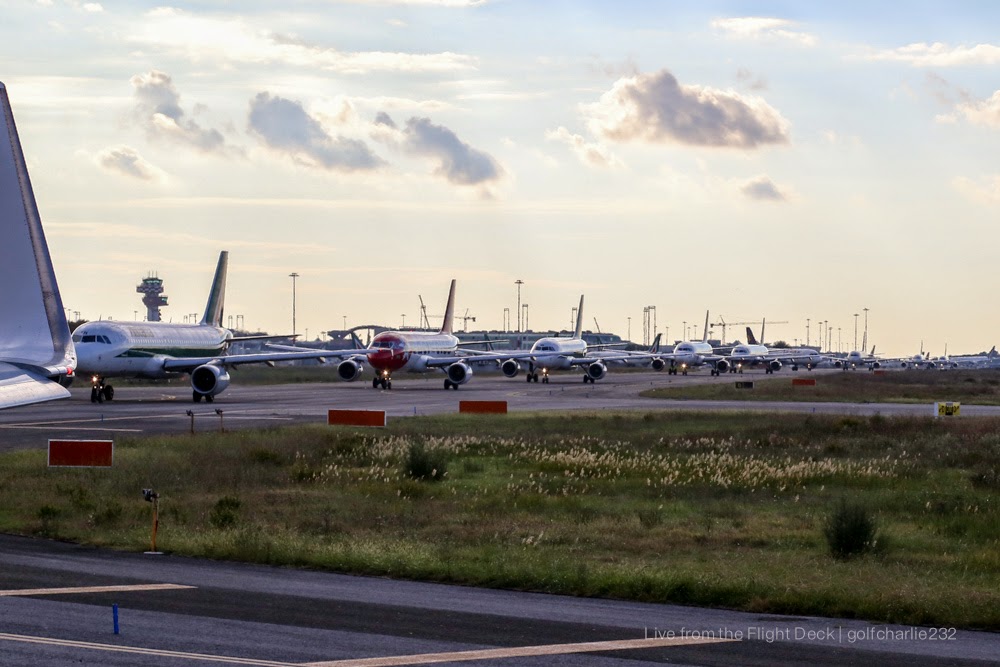 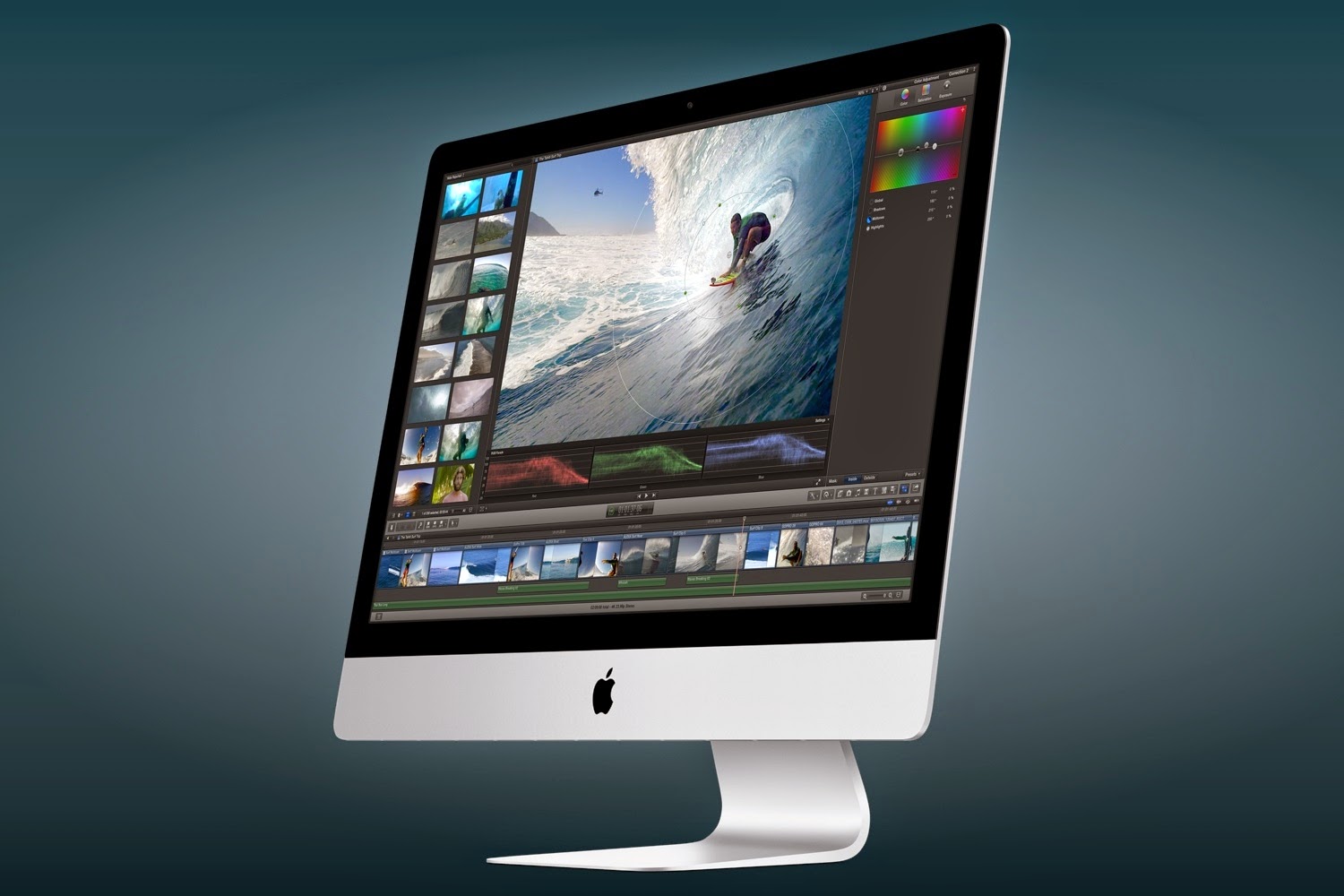 As a 13" Macbook Air and low end desktop PC owner, it was time for me to upgrade to a more serious platform for photo and video editing.

With limited onboard storage, the Mac Pro was not an option.
My choices were the 27" iMac (either regular or 5K), a custom build PC or a Hackintosh (more on that here: http://www.tonymacx86.com/ ).
The Hackintosh did appeal to me but it would have restricted my build to very specific parts. I would have installed Windows anyway as a few softwares I use are not supported by OSX, so I ruled it out.
I felt the non-5K iMac would not be powerful enough for my use, and a maxed-out 5K iMac would run too expensive. So I built my own PC.

To compare the specs, here is a show-down of each option.

Here is what I did not expect:

Knowing all this, would I go for the custom built PC? The honest answer is ... no.
Unless your job is to edit 4K videos, the iMac is more than enough.
For a similar price, an iMac would be well lower-spec'd than a PC. If you're spending €2000 / £1500 on your system, it will run most programs you throw at it with no hiccups. Sure, it might take longer to render your heavy video files but you'll save on startup times and less software bugs.
Now, if you're a serious gamer, you already know that Macs aren't for you. 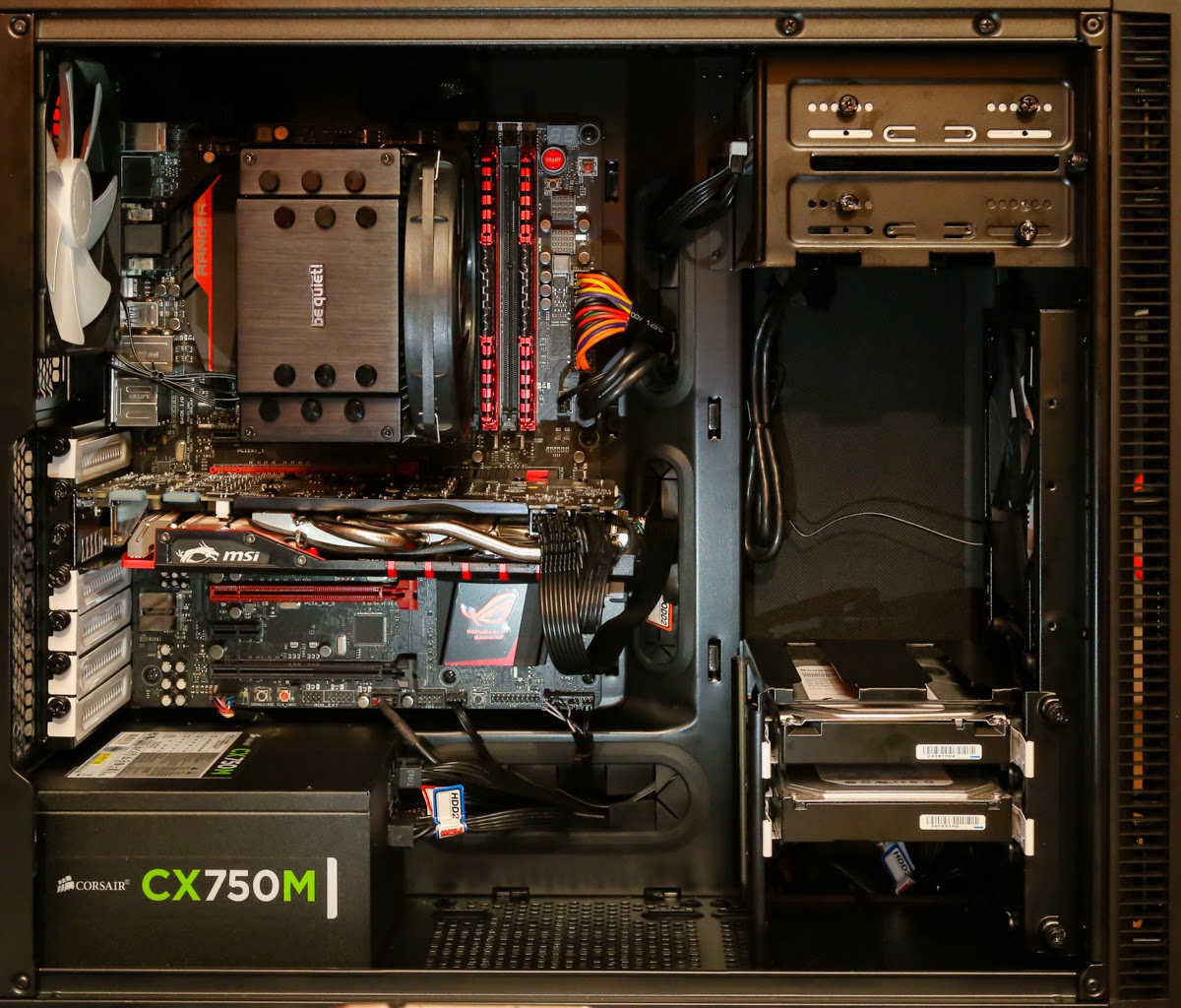 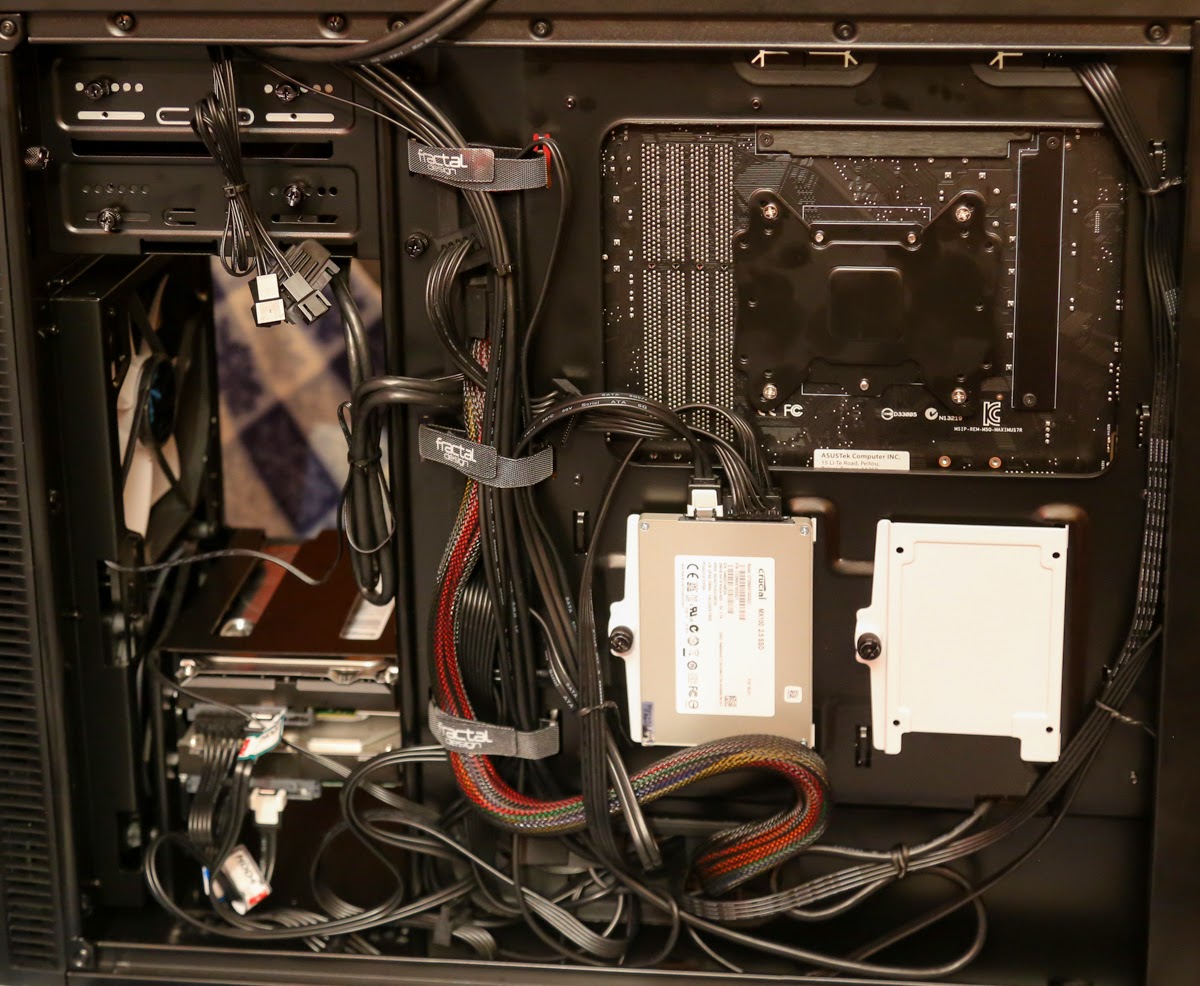